(Post made at 1412 UK time on 02 Jan 2018 in a personal capacity.  Please see here for important background and disclosure of interests). 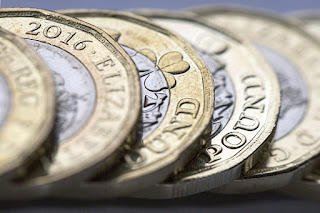 On 3 December 2016, as still then Chairman of the Society for Wessex Young Musicians (SWYM), I was very surprised to be asked to sign cheques totalling just over £3,000.  This included just under £2,000 for extra players for the WYO's concerts of 16 November 2016 (the Music for Youth Schools' Prom at the Royal Albert Hall, 16 extra players) and 4 December 2016 at the Lighthouse (at least 8 extra players).

I have no objections to extra players in principle e.g. to fill in missing parts (e.g. harp), or in situations where the musicians concerned were ex WYO members. The latter help provide extra continuity, and can usefully - because they often know the WYO children well - be part of the accompanying adults team on tours.

But the numbers involved seemed a) much higher than usual, b) the majority had no connection with the WYO, and c) had not been cleared with the SWYM Committee in advance. Expenditure had instead been approved for the WYO to receive sectional rehearsals led by Bournemouth Symphony Orchestra players. I have always felt this was very valuable because all WYO players benefit from such tuition, and it also enhances the link with our excellent local professional orchestra.

I expressed my strong concerns but felt that I had little choice but to sign the cheques because the November concert had already happened, and the December concert was the very next day.  The expenditure had already been committed to and was effectively being presented to me as a fait accompli.

I raised this and other concerns with the SWYM Committee and Bournemouth and Poole College. Very soon after this, I was given little option but to resign (*) as Chairman and from the Committee altogether after an ultimatum was made (not by me) to the Committee that the future of CWYM (the Centre for Wessex Young Musicians) depended on my being removed from the Committee.


(*)Just minutes before the Committee's meeting of 4 February 2017, a senior College staff member changed the agenda to include only one item, votes of no confidence in me as Chairman and as a Committee member.  In my view, this was a clear breach of Robert's Rules of Order and yet another improper act by the College. Faced with the ultimatum that had been made, I was not surprised that the rest of the Committee voted for me to leave, whereupon I resigned.